What is a bug bounty hunter?


The term “bug bounty” was coined by a developer at Netscape in 1995. It was used to describe a new scheme Netscape was testing which involved paying reward money to independent developers and white hat hackers who discovered flaws in Netscape’s system. 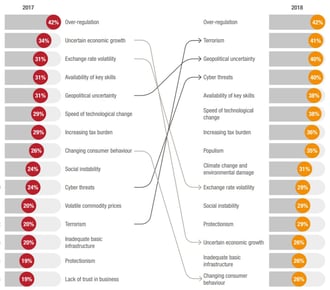 When PWC conducted their annual CEO survey in 2017 24% of the exec’s surveyed rated themselves “extremely concerned” about cyber-threats. In the 2018 survey, that figure nearly doubled to 40%.

The concern of businesspeople about cybersecurity is justified.

CEO’s increasing concern about cybersecurity has driven a steep increase in the adoption of bug bounty programs, but the practice is still only employed by 5% of enterprises. There may be an explosion in demand for bug bounty hunters soon, though. A June report from Gartner Inc predicts that bug bounty programs will be used by more than 50% of companies by 2022.  Even now, bug bounty programs are big business. Companies paid more than US$7.6 million in bounties in the first half of 2018.

Bug bounty programs are one of the new growth industries born out of the explosive growth in cybercrime. With the surge in data breaches has come a new realisation amongst business leaders that they need to explore new ways of mitigating cyber-attacks.

The hunters have become the hunted, with executives eager to employ ethical hackers to help detect data vulnerabilities in their organisations. According to HackerOne, who provides white hat hacking services to companies, the demand for bug bounty hunters has risen fast in recent years. HackerOne have disclosed that their roster of registered white hat hackers has expanded 10x in the last 24 months.


Ignoring cybersecurity is no longer an acceptable stance. Data breaches can have devastating effects on companies - as evidenced by the recent incidents involving Facebook, Equifax and Uber - so cybersecurity has become a pressing issue not just for IT managers, but for CEOs and business owners as well.

The growth in cybercrime internationally and the increasing incidence of major breaches has moved governments to put pressure on business to secure their data. The EU GDPR and similar regulatory measures seek to penalise companies for leaving gaps in their security.

If you would like to learn more about the complex cybersecurity challenges facing business today, please download the e-book Surviving the Rise of Cybercrime by Craig McDonald. This plain English handbook explains the most common threats and provides essential guidance on managing risk. 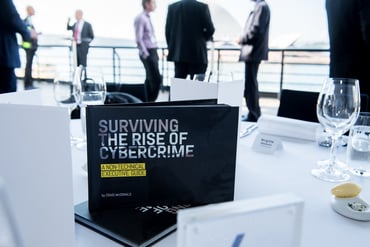