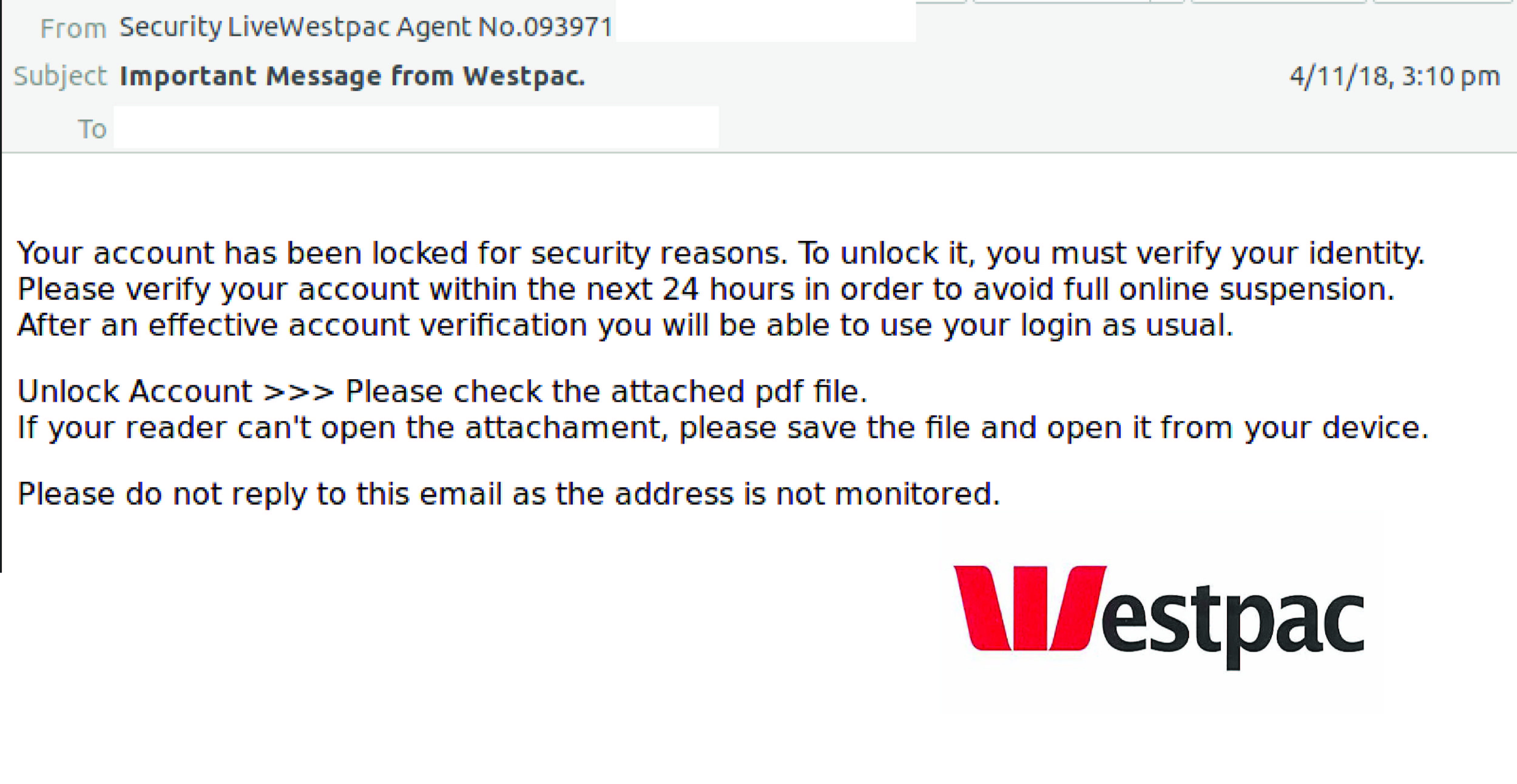 Think twice before opening any attachments purporting to be from Westpac. The established bank has been brandjacked by cybercriminals attempting to steal confidential data from users.

MailGuard intercepted emails purporting to be from Westpac on Sunday afternoon AEST. The emails use a display name of "Security Live Westpac Agent No.093971" and several other variants on this.

It was found that the emails actually come from one of a large number of compromised email accounts. The majority of these accounts are from a domain with a TLD (Top Level Domain) of .JP (Japanese domains).

The email advises recipients that their account has been locked for security reasons. To unlock their account, they must verify their identity within 24 hours or else face ‘full online suspension’. Instructions to do this are attached in a PDF which includes the logo and branding of Westpac bank.

The PDF encourages users to click on a link if they wish to recover their accounts via the support site.

Unsuspecting users who click on the link are led to a site that is offline (currently provides a 404 response). The site is suspected to have hosted a Westpac branded phishing page.

This attempt preys on Westpac users, and leverages on the well-established reputation of the bank to convince users into thinking the email notification is a legitimate one.

Phishing preys on the weakest link in the IT security chain – users. Tricking someone into handing over their password is far simpler than breaking into a bolstered system. As a result, hackers use tactics such as brandjacking to manipulate users and obtain sensitive data.

How to prevent phishing:

Whilst this attempt isn’t as sophisticated as many other examples we have seen, it will still fool less vigilant recipients into entering their login credentials. It is important to identify any oddities in URLs and immediately exit any webpages that do not match that of the official sender.

Educating staff and employing cloud-based email and web filtering is your first and best line of defence. Compliment this multilayered defence with on premise antivirus, anti-malware and anti-spyware solutions. This will go a long way to mitigating the risk from a wide range of email scams.