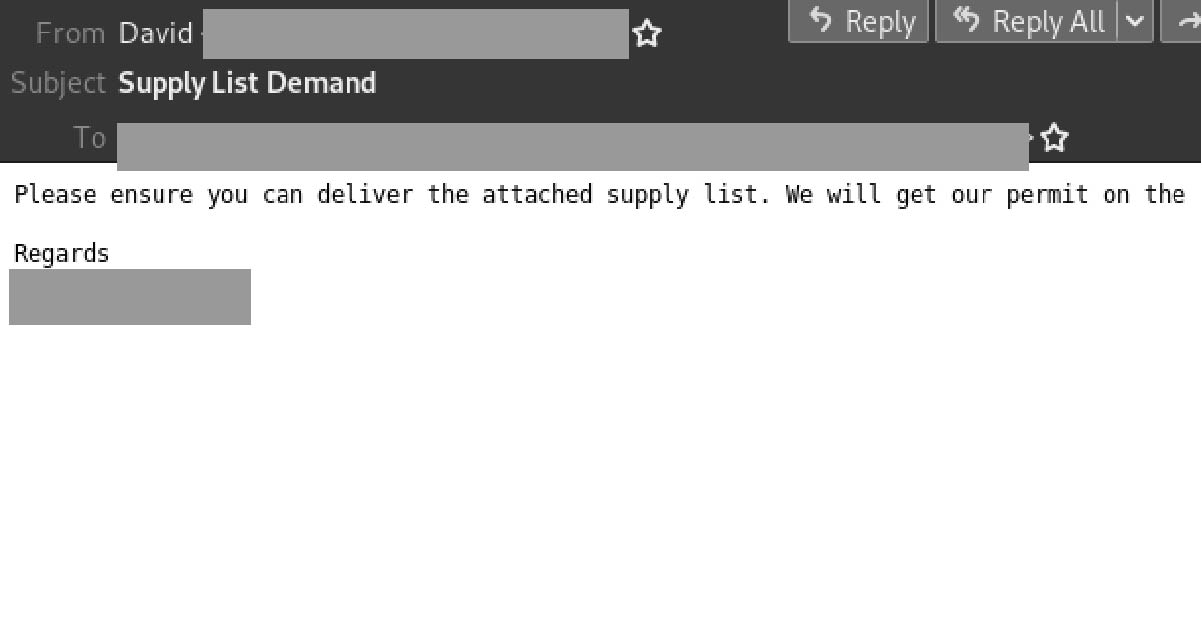 MailGuard has intercepted a phishing email titled “Supply List Demand” that uses a malicious attachment to trick users into handing over their confidential information.

The display name used in the email is “David” while the “to” field includes an email address. The email actually originates from a single compromised email address.

The body of the message is in plain-text. It asks recipients to “deliver the attached supply list” and that a “permit” will be received on the 12th of May. An attachment is included in the form of a .PDF file. The file is named using the same email address that is included in the “to” field.

Upon opening the attachment, a file appears with its background blurred. This blurred background appears to use the branding and logo of the Silicon Valley Bank. Interestingly, this is a background that is similar to one that was used in another phishing scam that we intercepted a few weeks ago. Users viewing this attachment are prompted to insert their Microsoft Outlook password to login and see the file. Here is what the file looks like:

Once users “log in’’ to their accounts, they are redirected to a document that his hosted on OneDrive, as per the below: 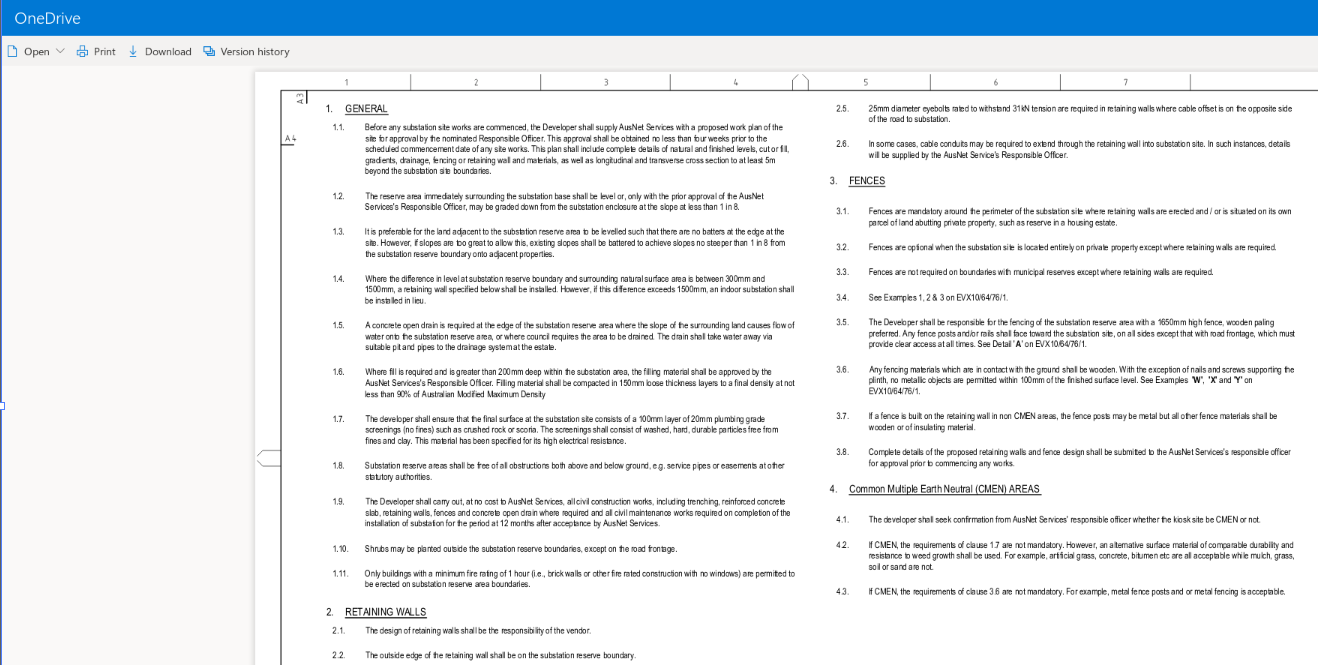 While the email in itself is a plain-text one and isn’t exactly sophisticated in design, cybercriminals have included several elements in the scam to avoid detection. This includes the fact that the malicious phishing link isn’t within the actual message body, but hidden within the attachment containing the HTML page. The usage of a similar looking template in the .PDF file (with the SVB logo in the background) demonstrates how easy it is for criminals to replicate existing scams to trick users.

Despite these techniques, eagle-eyed recipients of this email would be able to spot several red flags that point to the email’s in-authenticity. These include the fact that the email doesn’t address the recipient directly.

MailGuard urges all cyber users to be vigilant when accessing their emails and look out for tell-tale signs of malicious emails.

If your company’s email accounts aren’t protected, emails like the one above are almost certainly being received by your staff. Cybercriminals know people can be tricked; that’s why they send out millions of scam messages and put so much effort into making them look convincing.