How to Avoid Vishing & Smishing Scams as Attacks Continue to Rise

In early 2021, the FBI issued a notice which warned that both domestic and international companies were seeing a sharp increase in vishing attacks. At the time, they attributed the rise in attacks to the switch to remote work that many companies made in response to the COVID-19 pandemic. Yet despite the fact that many businesses have made a full or partial transition back to the office, reports of vishing and smishing attacks continue to rise.

Vishing, short for voice or voicemail phishing, is when a criminal uses voice communication in an attack in order to access sensitive information. In a similar vein, smishing refers to when criminals use SMS to carry out their phishing attack.

Here's a common example of smishing: 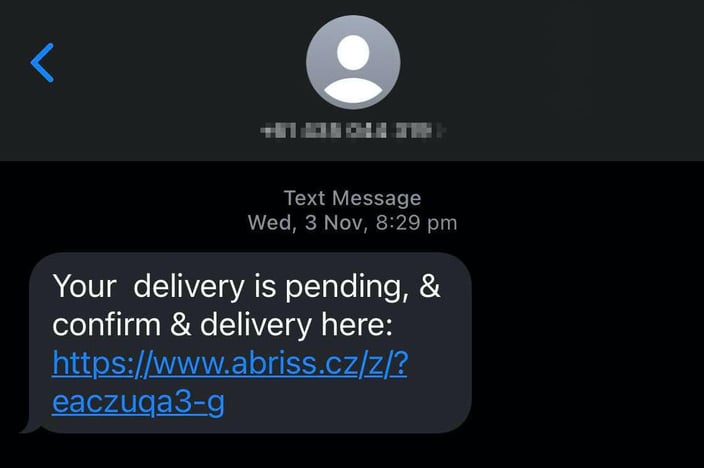 However, vishing also extends to promises of voice communication, such as the scam MailGuard recently intercepted where victims receive an email claiming they have a voicemail, but the attachment really leads them to a phishing page where their email credentials could be stolen. Such tactics have recently been used to target tech organisation and military personnel, leading to the U.S. Army putting out a warning to their community to be on the lookout for smishing and vishing scams.

This is how vishing emails can appear in your inbox: 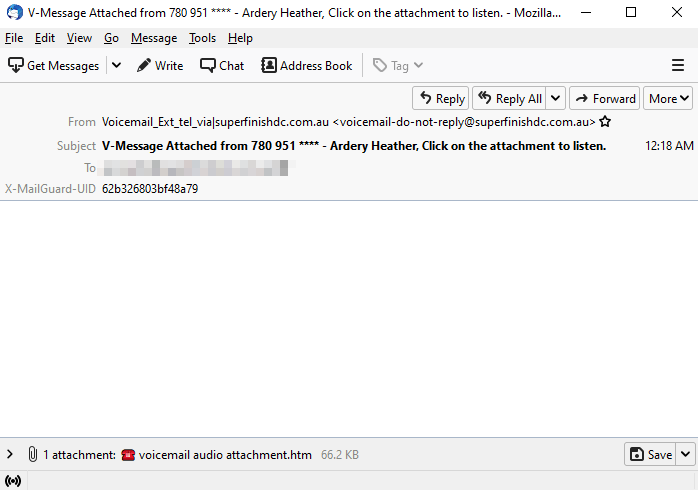 New research has revealed that vishing attacks increased by more than 500% from 2021 to 2022, causing international organisations to take notice and act. Earlier this month, INTERPOL revealed they had orchestrated a worldwide crackdown on telecommunications fraud and business email compromise (BEC) scams. Taking place over a two-month span (8th of March 2022 – 8th of May 2022), police from 76 countries participated in the operation.

Although all results have not yet been confirmed, the preliminary figures from the clampdown include:

Duan Daqi, Head of the INTERPOL National Central Bureau in Beijing stated that “The transnational and digital nature of different types of telecom and social engineering fraud continues to present grave challenges for local police authorities, because perpetrators operate from a different country or even continent than their victims and keep updating their fraud schemes.”

The rise in cases of this sort is of particular concern as in recent years, employees have increasingly been using work devices to access personal information and services, which is a threat in itself, but is magnified by the reduced oversight that comes with remote work. Although vishing and smishing scams frequently target individual consumers, if their accounts or devices are compromised, it may leave their business vulnerable to the attack too.

So, given vishing and smishing are becoming such major security threats, what can your clients do to avoid falling victim to a vishing or smishing attack?

Your clients should always be sceptical of any phone calls or text messages they receive that:

Whether it’s in their personal or business lives, your clients are sure to face a barrage of smishing and vishing attacks as they continue become a more popular method for scammers. We recommend sharing these tips with them to prevent the attacks becoming successful.

Prevention is always better than a cure, and the best defence is to encourage businesses to proactively boost their company’s cyber resilience levels to avoid threats landing in inboxes in the first place. The fact that a staggering 94% of malware attacks are delivered by email, makes email an extremely important vector for businesses to fortify.

No one vendor can stop all threats, so it’s crucial to remind customers that if they are using Microsoft 365 or G Suite, they should also have a third-party email security specialist in place to mitigate their risk. For example, using a third-party cloud email solution like MailGuard.