With MailGuard being a Gold Microsoft partner, my team and I have been privileged to work and interact closely with several senior members of the Microsoft partner network, such as Gavriella Schuster, Microsoft’s Corporate Vice President who oversees the company’s partner channel.

Gavriella was speaking at this year’s Women in Cloud Summit, a conference that aims to create more women tech leaders in an industry where they are still lagging. Here’s an excerpt from the article:

Gavriella projected a photo on a screen showing a single woman in a business meeting surrounded by men. “Does this picture look normal to you?” she asked. The audience laughed.

“As a matter of fact, we’re going backwards,” she said, explaining that 36 percent of all tech jobs were held by women in 1991. That number is only 25 percent today, she said.

Schuster said she recently tallied the genders of business associates she met with over a two-day period. She said she met with 21 men and four women.

“That has to change,” she said. “We cannot let the next generation down.”

As Founder and CEO of a leading tech business, my experience mirrors Gavreilla’s, and I’m sure I’m not alone. I cannot say I was surprised by the image described by Gavriella - men are the vast majority in my interactions with other professionals from the industry.

What did surprise me, however, were the decreasing percentages of tech jobs held by women today - especially amid an environment where headlines pointing towards the progress of women in tech surface regularly.

The recent 20,000-person Google walkout, for example, resulted in two of tech’s most powerful companies (Google and Facebook) changing their laws on what is one of the most important issues for women across industries (removal of arbitration clauses). This led to CIO publishing an article titled ‘The women in tech movement is here’.

It’s also heartening to read that many worldwide organisations are simultaneously taking steps to address the cyber talent gap by making diversification within their cyber teams a key priority, such as Deloitte.

Clearly, things are changing for women in the tech industry - but are they changing fast enough? Let’s explore.

The stats: Women in cybersecurity

Way back in 1990, there were approximately equal numbers of men and women in ‘Computer System Design and Related Services’ in Australia, which has steadily declined to now make that a 3:1 split, according to figures from the Australian Bureau of Statistics. The worldwide (ISC)² Cybersecurity Workforce Study presents a similar level of gender disparity in cybersecurity, around 3:1.

Digging further, ICASA’s 2018 State of Cybersecurity Report posed the question: ‘Do you believe that women are offered the same opportunities for career advancement as men are offered in the field of cybersecurity?’ The results? 77% of respondents said yes. When broken down by gender however, it was 82% of men responding yes, and just 51% of women.

It’s perhaps not surprising then, to find that a report form Cybersecurity Ventures earlier this year concluded that “the gender gap is not closing quickly enough to meet the shortfall crisis of cybersecurity professionals.”

A cursory glance at some of the biggest challenges facing women in the industry pointed to, interestingly, the usual suspects one may have seen a few years ago: insensitivity in the workplace, the glass ceiling, and a pop culture where the images of tech workers are mostly male (via Government Technology) .

For the most part, we now know how to address most of these problems. Examples include making sure female tech professionals have access to mentorship and leadership development opportunities; encouraging management to be transparent about their efforts to diversify tech teams, and linking gender parity outcomes to financial incentives like compensation.

Honestly, considering we are currently grappling with issues regarding the negative perception of cybersecurity departments in firms, an expensive cybersecurity skills gap, and a management which needs to be aligned when it comes to dealing with cyber risk  the above solutions are great, and can go a long way in helping to build a stellar (and diverse) cybersecurity team.

But the fact that massive room for improvement still exists points to a need for firms to double down on their efforts when it comes to diversity within cybersecurity.  More urgency and awareness needs to exist within management teams and organisational cultures today to build a level-playing field for women in cybersecurity.

This International Women’s Day, let’s remind ourselves of the value of diversifying our Infosec teams so we can renew our efforts in closing the industry’s gender gap in a more effective manner.

Everyone knows the business case for diversity, but it probably doesn’t hurt to remind yourself of the profits you’re set to gain if you have an equal representation of men and women in your company.

A diverse workforce – overall – will lead to better business results. Companies in the top quartile for racial and ethnic diversity are 35% more likely to have financial returns above their respective national industry medians, according to McKinsey research.

While this is true for the entire business, I think it’s important for Infosec teams, in particular, to be diverse. This is mainly due to the increasing ambiguity around the nature of contemporary cyber threats. Cybercrime in itself is diverse now and rapidly evolving.

I keep emphasising the need to have multi-layered security if firms wish to build a defensive posture that is as agile as the nature of cybercrime today. But shouldn’t this extend to people who are employing that technology too? I.e. shouldn’t Infosec teams be as equally diverse when it comes to the approaches and perspectives they adopt towards cybersecurity if they wish to effectively combat cybercrime today?

In my own company MailGuard, women make up 28% of the workforce – higher than the industry benchmark of 25%. Saying that however, I know greater gender equality will only help my business grow further.

Davina Dickens, MailGuard’s longest serving female team member, says that it is important for women’s contributions to be recognised in the tech industry.

“While the industry is largely dominated by men, there is strength in diversity, and women bring a rational logic and intellect to the table. Both men and women are as capable as each other to deliver great results and no person regardless of background, ethnicity, gender or personal preference should be excluded from achieving their career goals in a company.”

Another one of the ways how firms can boost their efforts in building diverse and inclusive Infotech teams is to collaborate with one another on what they are doing to increase the acquisition and retention of women within their companies.

At the CxO Cybersecurity Forum in March last year, I shared the stage at the forum with Alastair MacGibbon, Anita Sood and Steve Ingram: cybersecurity experts from government and industry who all agree on one important point; winning the cybersecurity battle means working together more closely than ever before. Companies, governments, law enforcement, researchers and even consumers need to share intel, coordinate their responses and treat cybercrime as a common enemy.

But this collaboration can, and does need to, extend beyond just sharing intel on cybercrime. Sharing information on diversity initiatives and how firms are building inclusive, diverse environments can not only help to foster ideas, but will also serve to inspire and move firms to follow their counterparts and take greater (and more frequent) action with regards to diversity

Multiple Australian workplaces  including MYOB, KPMG, Telstra, and Commonwealth Bank have diversity initiatives as part of their very fabric. Sally Elson, Head of People Advisory and Talent, for example, shares some of the initiatives at MYOB that help encourage diversity in the workplace:

“MYOB has the DevelopHer program that transitions women into the tech industry by supporting them to gain the required skills to take on a role in the development team at MYOB”, says Elson.

“There’s a strong focus on flexibility, which we know makes the organisation attractive to a larger pool of candidates. Having a growth mindset at the heart of the organisation creates an environment in which women are more likely to succeed.”

In the same vein, MailGuard too holds gender diversity as a core constituent of the firm’s culture.

“MailGuard is a strong advocate for women in the workplace. Women hold key positions in the company, with representatives in our sales, tech support, finance and development teams. The teams work well together and there is an utmost level of respect across the entire organisation.  The open-door policy, as well as the encouragement across the board from the management team, also made it easy to settle in as one of the first female Account Executives at MailGuard,” Davina says.

I highly encourage you to keep yourself updated on what other organisations are doing in their capacity by reading up on the latest trends and reaching out to other companies and associations in your network.

And in the spirit of collaboration, here are a few programs and organisations that are aimed towards encouraging young girls and women to be more involved in cybersecurity:

Commenting on the value of women in the cybersecurity field, The University of San Diego quoted this insightful comment from the NCIS, “Diversity encourages a culture where divergent opinions can be brought together to develop innovative solutions to solve some of the toughest problems our nation faces today.”

I believe we’re experiencing a cultural shift towards gender equality within the wider workforce, but in IT and cybersecurity we might still be a little behind the 8-ball.

Let’s get together and change that.

Companies are spending more on cybersecurity now than ever before, but those funds aren't always targeting the most significant dangers. There seems to be a bit of a disconnect amongst many CEOs about the sources of cyber-threat.

Studies consistently show that more than 90% of cyber-attacks are perpetrated via email, yet email security is rarely the biggest item in cybersecurity budgets.  If we’re going to win the battle against cybercrime we have to get real about the nature of the threat.

I’m on a mission to help business people understand cybercrime and protect their businesses from costly attacks. If you would like to learn more about the complex cybersecurity challenges facing business today, please download my e-book Surviving the Rise of Cybercrime. It’s a plain English, non-technical guide, explaining the most common threats and providing essential advice on managing risk. 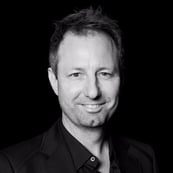 Hi, I’m Craig McDonald; MailGuard CEO and cybersecurity author.
Follow me on social media to keep up with the latest developments in cybersecurity and Blockchain; I'm active on LinkedIn and Twitter.
I’d really value your input and comments so please join the conversation.

Don’t be the next headline. New report finds 291 records breached per second in H1 2018

How Cybersecurity Is Evolving: The Real Lesson of Machine Learning

This Easter, don’t put all your eggs in one basket when it comes to cybersecurity

As Easter approaches, you may be planning on enjoying a fun weekend with your family, but cybercriminals are likely hopping ...
Start Reading