The Data Sucking Leeches That Cost Businesses Like Yours $500 Billion Annually Are Getting Smarter – Are You? 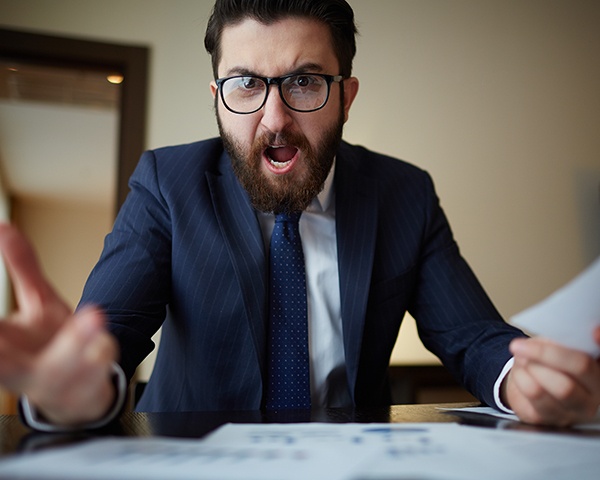 Finding and preventing online criminal activity has become a global effort. Businesses both large and small are feeling the sting from online attacks by cyber criminals.

MIT Technology Review warns business owners that the “cat and mouse game has become much more sophisticated”. Whilst defenses strengthen, so to do the tactics employed by these nefarious offenders as they attempt to evade security barriers. The fact is, most victims don’t even know they are infected. The signs aren’t obvious, and before you even know you have a problem, the damage has been done.

The damage? An estimated $500 billion globally, per annum.

Can you afford not to learn more about these data sucking leeches?

Bots are a type of malware that allow the creator of the bot – botmasters – to gain remote control of an infected device the bot is installed on. Bots will remain dormant within the victim’s system until instructed to perform an action. Once an attack is initiated, a botnet - an entire network of compromised machines - will infiltrate vulnerable, and unprotected computers growing their network via worms and viruses transmitted by email spam.

Cyber criminals use this malicious exchange to forge the sender address of unsuspecting victims and send spam out. Sending thousands of spam messages with dynamic outbound addresses can overwhelm the target, limiting the impact law enforcement and security clients have in their ability to discover the network and access the control and command center to shut down the attack.

What are the risks of botnet infiltration?

Alongside launching mass email spam and initiating Denial of Service (DoS) attacks, botmasters can also propagate Trojans to steal and exploit the personal or sensitive business information of users that own the infected computers within their network. This includes gaining access to bank details, credit card numbers and confidential login credentials. More recently, manipulation of social media applications and cryptocurrencies have been the target of botnets.

It isn’t always easy to identify a compromised computer. Often, a slowdown in speed, frequent crashes and poor response times are signs of potential infection. Whilst the former could easily be reflective of hardware issues – symptoms such as pop-up advertisements, setting changes you didn’t authorise and unwanted software on your machine may offer clues to potential infection.

As you may envisage, botnets are a nightmare to remove entirely. They are difficult to eradicate because they are able to adapt to an operating system or host and hide themselves from antivirus software. Many of the affected devices, may remain infected for long periods of time. In the particular case of the ‘Conficker’ worm which made its presence known late 2008, CSO Online claim “about 1 million computers still remain infected with malware” despite the 7-year-long cleanup effort.

Security clients are standing strong against this $500 billion nightmare

The most effective protection against spam originating from botnets is to establish successful defences. These techniques stop any advances before they have the chance to come in to contact with the end target. Greylisting, looks at the source IP and acknowledges whether the IP of the sender is recognised. If not, the MTA will temporarily defer the email. Greylisting is effective, as spammers operate a scattergun, volume-focused approach where the aim is to send as much spam to as many recipients as they can before their IP is blacklisted. Due to the expenditure of resources that queuing requires, spammers do not attempt redelivery. The MTA of a legitimate sender will attempt redelivery and be whitelisted so the preventative measures implemented won’t impede future delivery. MailGuard is committed to identifying threats, establishing successful barriers and stopping these malicious criminals in their tracks.

Your best defence, is your first defence against sophisticated cyber criminals that are unwavering in their attempts to infiltrate your security walls. Cloud email security puts your best foot forward in defence - filtering your emails in real-time to eradicate zero day scams at the source, before they penetrate your defences and access your critical business data. Cloud email filtering spearheads a successful multi-layered approach designed to stop cyber criminals in their tracks, and is supplemented by firewalls and an AV layer to combat internal vulnerabilities.

You can read more about effective malware protection in this article, Top 3 Reasons Your AV Isn’t Stopping Fastbreak Phishing And Other Spam Attacks Like Cryptolocker.

Keep up to date on the latest security trends by subscribing to MailGuard’s weekly update or follow us on social media.